In Passchendaele, an international symbol of the violence of the First World War in its most gruesome form, lies ‘T Hov’. In 1917 the Battle of Passchendaele took place here. The result was dismal. After 100 days, only eight kilometers had been gained in terrain. The cost was enormous: more than 600,000 victims on both sides.

However, it is from around the 1700s that ‘T Hov has its origins, then as a small farm where people worked hard every day, on and off the field.

Things went badly in the region around Passchendaele during WWI. The farm also had to die and was completely bombed. However, the family did not give up and rebuilt them completely.

Around 1977 the farm passed from father to son and in the following years 2 daughters were also born into the family. During their childhood, the young girls found it only natural that they often found old bombs on and around the farm and that they played with shells made of bullets from bygone war times.

It wasn’t until later in life that the sisters realized that these were not the most common toys.

Today, so many years later, the farm has been transformed into what it has become today: a beautiful, quietly located holiday home where hopefully for many years to come, families, friends, sports clubs, … will be able to experience nice moments, in the place where there was once so much suffering used to be.

It is therefore with great pleasure that ‘T Hov can already be introduced to you a little bit on this page and where you can already dream away from many pleasant moments in the beautiful region that is Passchendaele and its surroundings.

We wish you a stay full of peace, nature and fun! 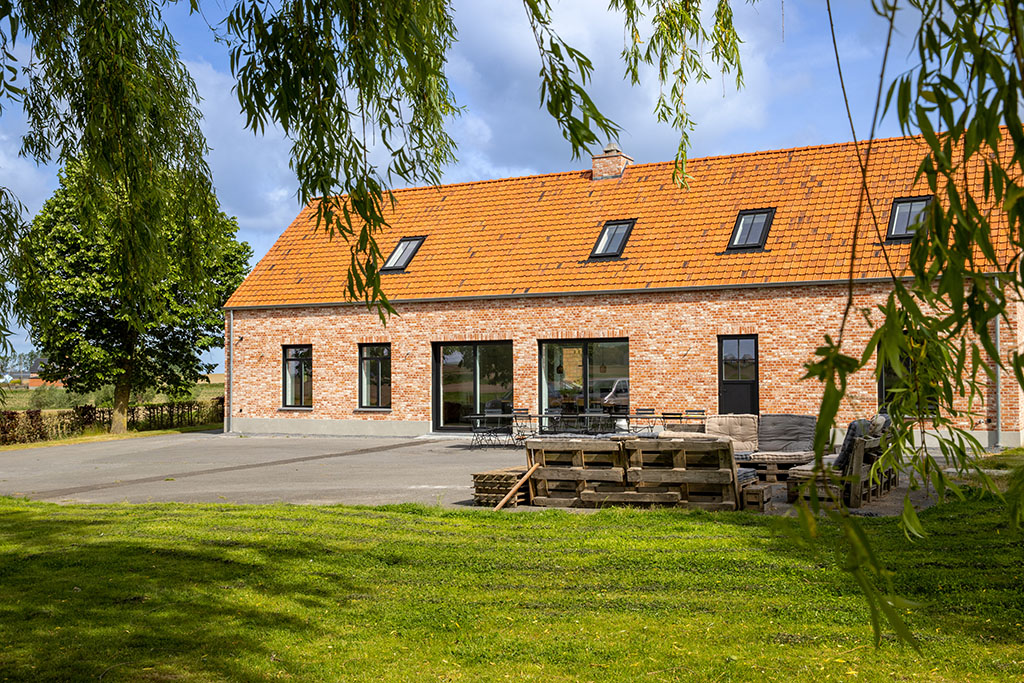 Escape the hustle and bustle for a while and enjoy the blissful Passchendaele. Relax with your family and discover the rich environment full of activities for young and old.

Book now
We use cookies on our website to give you the most relevant experience by remembering your preferences and repeat visits. By clicking “Accept”, you consent to the use of ALL the cookies.
Cookie settingsACCEPT
Manage consent

This website uses cookies to improve your experience while you navigate through the website. Out of these, the cookies that are categorized as necessary are stored on your browser as they are essential for the working of basic functionalities of the website. We also use third-party cookies that help us analyze and understand how you use this website. These cookies will be stored in your browser only with your consent. You also have the option to opt-out of these cookies. But opting out of some of these cookies may affect your browsing experience.
Necessary Always Enabled
Necessary cookies are absolutely essential for the website to function properly. These cookies ensure basic functionalities and security features of the website, anonymously.
Functional
Functional cookies help to perform certain functionalities like sharing the content of the website on social media platforms, collect feedbacks, and other third-party features.
Performance
Performance cookies are used to understand and analyze the key performance indexes of the website which helps in delivering a better user experience for the visitors.
Analytics
Analytical cookies are used to understand how visitors interact with the website. These cookies help provide information on metrics the number of visitors, bounce rate, traffic source, etc.
Advertisement
Advertisement cookies are used to provide visitors with relevant ads and marketing campaigns. These cookies track visitors across websites and collect information to provide customized ads.
Others
Other uncategorized cookies are those that are being analyzed and have not been classified into a category as yet.
SAVE & ACCEPT